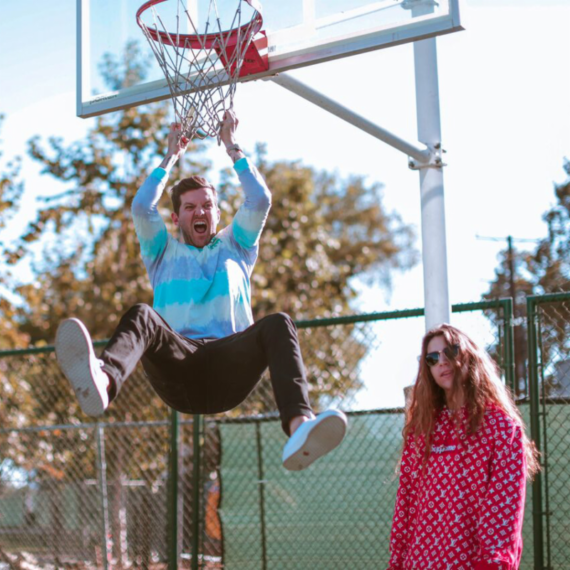 “I discovered Yung Pinch while in the studio and was instantly hooked. I reached out to him on Twitter immediately to set up studio time with him and “Hello There” is the result,” said Dillon Francis. “His vocals accompany the carefree feel-good vibes of the song perfectly.”
“Hello There” follows the April release of Francis’ single “Say Less” (feat. G-Eazy) which has been streamed over 20 Million times to date. This past July, Francis released the track’s official music video, which cracked the top 10 on YouTube’s trending chart upon its release. Directed by Francis’ longtime collaborator Tomás Whitmore, the clip was shot in Los Angeles and much like the song, chronicles a raucous night out. The video stars Francis and G-Eazy and also features a special cameo by Australian actor Luke Hemsworth. Watch the video now HERE and a reaction video featuring Becky, Preston, and DJ Hanzel HERE.
Francis  also released “No Diga Más” (ft. Serko Fu), a reimagining of “Say Less” with new Spanish lyrics by Mexican hip hop artist Serko Fu. Listen to the song HERE. Previously released official remixes of the track by Gorgon City and Eptic are available to stream and download now HERE. A second volume of remixes by Francis & Moksi, Eliminate, My Name Was James, Casper & B., ETC!ETC!, Lunice, and WAVO remix contest winner Madhatter can be streamed HERE. HOW TO LIVE IT UP WITH SONNY NOTO, TOM SWOON AND ALE Q – WATCH! Hammarica.com Premiere: MK-ULTRA PICTURES THE MOMENT THAT LIVES ON FOREVER