Hot after dropping his new album ANTHEMS OF A DESOLATE WASTELAND, turntablist/emcee/self-made businessman and producer PROLIFIC launches his new website WWW.DJPROLIFIC.COMOn this new site, Prolific will update his fans on all the new music, tours, videos, photos and everything else going on in his life. As he launches the site, more and more people discover the album as well.

Russia’s famous show DANCEKRAFT RADIO had the honour of hosting an exclusive mix by Prolific. The show aired April 8th to 13th across various stations in 450 cities of Russia, Latvia, Armenia, and Ukraine. Response was amazing with lots of feedback. Many listeners complimented, as they called into the show. The show is now published in a podcast for subscribers all over the world. To be downloaded for free on iTunes:

Prolific’s album ANTHEMS OF A DESOLATE WASTELAND is an ambitious project and the result of two years of hard work and dedication. With a vision to merge underground Hip Hop flavors with Dubstep and Trap, Prolific makes a unique and powerful statement. All vocals were recorded in “Foul Play’s” studio. Production, features, and remixes were done in collaboration with numerous talents from the hip hop and bass scenes. Each track was crafted to truly have its individual concept and feel.

NOISEPORN gave the new Prolific album a very favorable review: “Mixing underground hip-hop, trap and dubstep, “Anthems of a Desolate Wasteland” is a myriad of sounds. With several different artists featured on the album, each song has its own unique style and vision. Whether you’re a fan of pure dubstep, hip-hop or both, you’ll appreciate the diversity that is “Anthems of a Desolate Wasteland.”

HAMMARICAsaid: “Prolific delivered a remarkable album that pushes the sound of bass music to new levels. Utilizing his roots in hip hop, he effortlessly drops his verses on some of the wildest bass music riffs. From dubstep to trap to drum & bass, it’s a project made with a lot of love with support from all over the world. With features on respectable media such as Dancekraft, Clublife Magazine Holland, Tilllate Magazine, EDM Nightlife, Noiseporn and many more, Prolific’s album ‘Anthems Of A Desolate Wasteland’ is a future classic.”

An exclusive video featuring PROLIFIC will soon debut on EDM NIGHTLIFE. In the video, Prolific gives the fan an inside look into his studio and motivation.

Prolific is also a member of the EARBUTTER project. It combines more styles of bass music including big room house and carries its own specific feel. It’s really party music. Not surprisingly, Their track ‘ALL UP IN THAT‘ on ULTRAGORE RECORDINGS got to the number 6 spot on the Beatport Dubstep Top 10. ANTHEMS OF A DESOLATE WASTELAND
OUT NOW On BEATPORT (Digital)

As appreciation for the fans, PROLIFIC often offers free downloads on his Soundcloud page and he urges everyone to download and share. 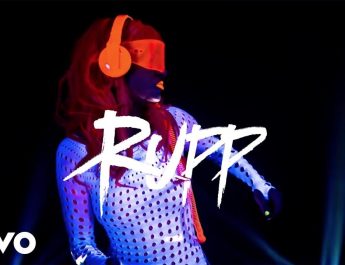